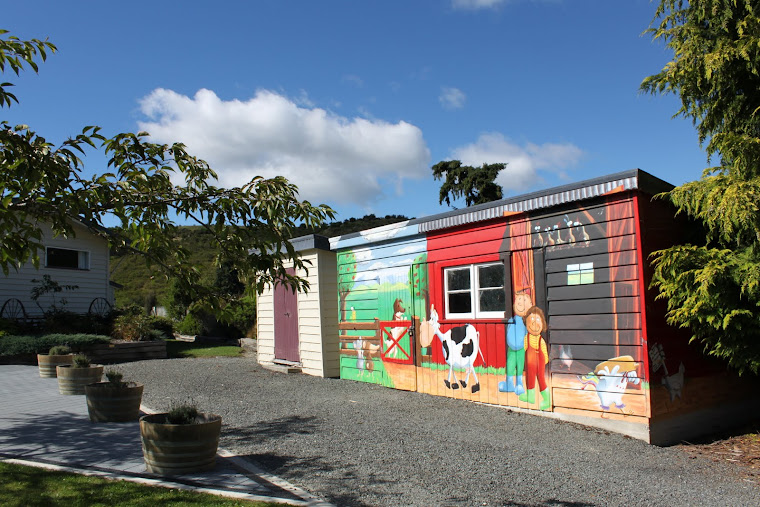 The Year 7s and Mrs McNamee went to visit the Kiwi Birdlife Park in Queenstown.

First we got an audio tour which helped alot.  When we listened to it we learned alot about kiwis as well as the other birds and plants in the park.
Then we went to Kiwi House number 1 and saw a male and female kiwi.  We saw how big they were.  They were very active, hunting around for bugs in the fresh soil.  It was the first time we had been so close to a kiwi.  Kiwi House number 2 also had a male and female kiwi.
As we walked around we saw a morepork owl, falcon, blue duck, kea - and that was only a few of the birds we saw.  We also saw some geckos and tuatara and a model maori village.
At 11 oclock we went to a conservation show and at 12 o'clock we went back to Kiwi House 1 to watch the kiwi feeding from a tube in the ground.  The kiwi put their beaks in the tube and feed in the same way that they would feed in the wild.
We learned a lot about kiwi and other native birds.  We also learned about how the park was developed from a rubbish dump which was so overgrown with weeds and full of rubbish that its new owners didn't even know there were ponds in it until they fell into them one day during the clean up.  It is amazing to think of this when you see the park today.
Caleb. 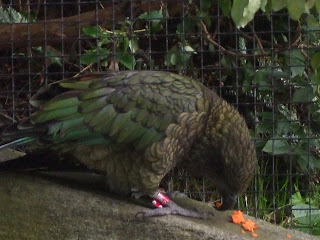 Posted by Garston School at 5:47 PM